You are here: Home › Glowworm and Vaillant 2012 price increase.
By Paul on March 26, 2012 in Manufacturer Price Increases 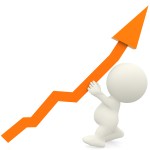 We have already seen a few this year such as Interpart, Keston and Altecnic in January, and now Vaillant and Glowworm have released their lists.

However now we do know and it has been officially confirmed as coming into effect from 1st March.

Given the delay we will not forward the increase until 1st April.

One of The Gas Boiler Parts Team.

Turning off your water as easily as turning off your lights….
Delta Dore Dual Channel Wireless Controller – The Rolls Royce of controls (at a fraction of the cost).